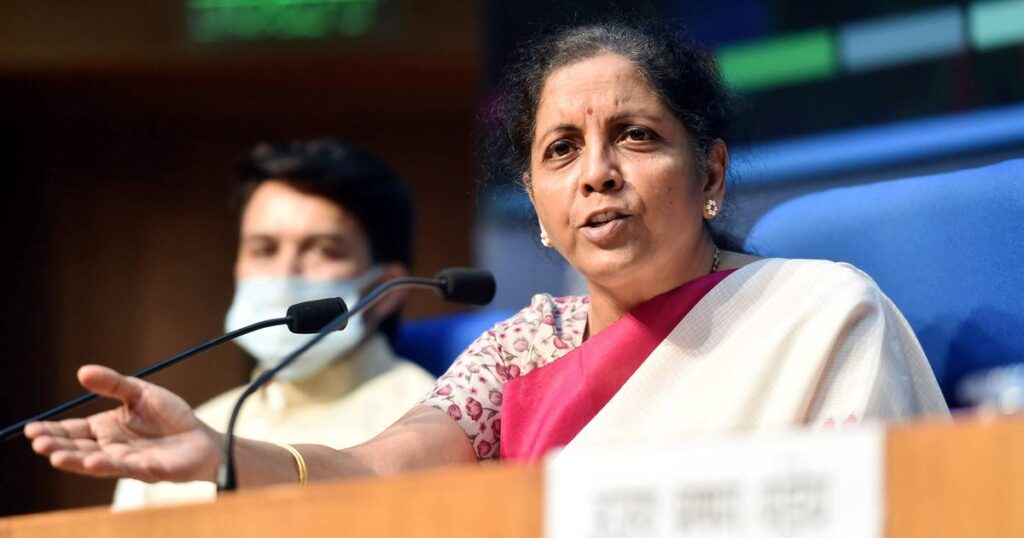 Finance Minister on Tuesday raised the limit for tax exemption on interest earned on provident fund; contribution by employees to 5 lakh per annum in specified cases as against 2.5 lakh proposed in the Budget.

In her Budget for 2021-22; Sitharaman had capped the tax-free interest earned on provident fund contribution by employees and employers together to a maximum of 2.5 lakh; in a year in an attempt to dissuade high earners from parking their surplus; in what is supposed to be common man’s retirement fund. Replying to a discussion on the Finance Bill 2021 in Lok Sabha; the minister said the tax-free limit is now being amended to a maximum of 5 lakh per annum.

This exemption, however; is subject to condition that the up to 5 lakh contribution does not include employer’s contribution beyond the statutory limit of up to 12 per cent of the basic pay.

‘I intend to raise this limit to 5 lakh only in those cases, where there is no contribution by the employer in that fund.

The new provision would come into effect from April 1. She clarified that the 2.5 lakh limit is covering 92-93 per cent of the people who are subscribers and they are entitled for assured interest that is tax free under this scheme.

So, the limits have been kept keeping in mind that small and medium taxpayers are not impacted by the step, she said.

The Finance Bill was later passed by the Lower House with 127 official amendments by voice vote. With the passage of the Finance Bill, which contains tax proposals for the next financial year; the Lok Sabha has completed the budgetary exercise for 2021-22. With regard to disinvestment, Sitharaman expressed hope of meeting the target set for the next financial year as the market is buoyant.

I fully concede that in a year where your disinvestment was to be achieved; but when the markets were tepid, we couldn’t move. I am hopeful now; because even during corona we saw the way in which the market has been buoyant. So I’m hopeful that we’ll be able to achieve that,’ she said.

The government has budgeted 1.75 lakh crore from stake sale in public sector companies and financial institutions; including two PSU banks and one general insurance company, in the next fiscal year beginning April 1.

The amount is lower than the record 2.10 lakh crore which was budgeted to be raised from CPSE disinvestment in the current fiscal year. For fiscal year 2021-22, out of the total Rs 1.75 lakh crore; 1 lakh crore is to come from selling government stake in public sector banks and financial institutions. Rs 75,000 crore would come as CPSE disinvestment receipts. She also criticised a member for talking about a report by Freedom House; saying the MP should take up the matter of showing incorrect map of India with the think-tank.

No Comments on The government raised the PF limit to 5 lakhs to earn tax-free interest.