ITR not registered yet? Here the results of the expiry of 31 March can be revealed 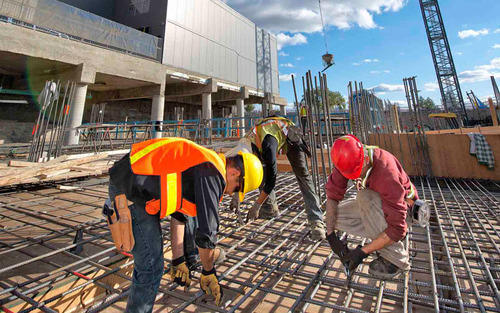 With corporates nurturing new levels in new machines, new production processes, new skills and development of finance capital, black days are coming back for the Indian working class. Demonstrating assertiveness of rights, criminalizing any attempt to speak out against attacks on democratic ethos, thus sanctifying everything, is the beginning of this slide. Every act of injustice, rational or not, is celebrated.
One of them is making the work day twelve hours long. It was against the erratic practices that form the basis of society that the demand was raised for an eight-hour working day that received universal acceptance, but it came later.

It is now to be held on April 1, 2021, when 134-year-old black days will be brought back, after decades of struggle, the toiling masses have won. Even then their working hours had increased to more than twelve hours; jobs were scarce and irregular, taxes were high and earnings were low.

UP Govt implements 40% reservation for local in private jobs

Chicago was the city where the final push was made.

Activists rallied, meetings and rallies were held. In 1886, the workers decided to start a huge rally. In Chicago too, unions led the movement. Acity Havas could not swallow the audacity of “not have”. He planned to spread his ardor. The workers had now decided to hold a meeting at the famous Haymarket on 4 May 1886 at 7.30 pm. All eight leaders were present at that time and there was such a huge crowd, along with the police were also armed with teeth.

Leaders started addressing the masses. Listening with rapt attention, there were the young and the old, men and women, and so were the kids, when suddenly there was an explosion. Everyone started running. No one had any idea how the explosion happened. The police started attacking the masses and the leaders were arrested. They were charged with riots, massacre and in particular killing of a policeman.

The reality was that it was a conspiracy and a policeman was killed by the explosion. Rioting and killings were all done by the goons as was exposed later. But the eight leaders were hanged.

Their sacrifice did not go waste, and eventually the eight hour work day was accepted universally. The workers decided to celebrate May 1 as the Labour Day all over the world. In 1890, ‘Second International’ regularised the Day to mark the workers’ victory.

Now we have April 1

When the work days are to be stretched to twelve hours. The Parliament has been used to force these laws – the labour codes – onto workers. The labour ministry, in a draft notification, has notified rules allowing twelve hours working in a day, higher than nine, that was in practice earlier.

The employment draft rules notified for the code on occupational safety; health, and working conditions say the daily working hours can be stretched up to twelve hours. These rules would supersede thirteen existing central labour law rules.

Several states including Uttar Pradesh and Madhya Pradesh have already introduced laws to enhance working hours to twelve in what they claim was a move to recover the losses incurred during the pandemic-induced lockdown. The measure, the state governments argued, was necessitated to boost output amid limited work force.

The fact, however, is that the work force is limited because it has been kept shrunken; especially to keep intact the level of wages, and also to keep a crowd of workers waiting unconditionally, just to be hired.

Where the new Labour Codes are leading ?

The working class that was so much needed to be engaged in huge production units, now stands unemployed. The reverse process has started but at a new level. The number of unemployed in the country in December 2020 was 38.7 million, a rise from November, when the figure stood at 27.4 million. In December, it was 9.1 per cent, the highest since lockdown.

In fact the unemployment situation is the worst in four-and-a-half decades. The inflation rate stands at around seven per cent. Pessimism rules and positivity has become a distant dream.

It is not about getting the jobs alone.

There is the element of uncertainty also about the job itself which made the unemployment rate fall by 6.5 per cent. As a result of the pandemic, as the units have been facing lockdown for months, the average unemployment rate has been about 7.4 per cent.

The grim story repeated itself at a new level after the opening up. By the month of June, 2020; for a short while there was revival of hope, but the situation turned grim again. Now the jobs available fail to reassure the toiling masses. They are always haunted by fear of losing it. In January 2021 alone at least 40 million were jobless.

For those having jobs, the days are in no way easier. There are the four labour codes; as against the existing labour laws that had protected all along the rights of the workers, and are to be doomed soon.

No Comments on Where the new Labour Codes are leading ? and April 1 is on the way – New Labor Code